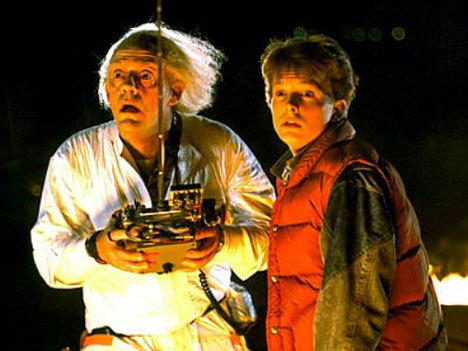 Last time I discussed the solution to Sam’s problem:

Sam’s Problem. Is it possible for two people to each choose a natural number so that both numbers are exactly 1 apart and neither person knows who has the larger of the two numbers?

I established, by induction, that it is impossible to do this. Great. We write “QED” and move on. There is a very convincing counter-argument that was brought to my attention by Jacob Tsimerman and a student at the Winter Canadian IMO camp. They proposed a method that seems like it should solve Sam’s problem in the positive. What exactly is going on in their method? Where is the mistake?

Jacob’s method. Player 1 chooses a large enough number N (say greater than 100); this is now their number. Player 1 writes down the numbers N+1 and N-1 on different pieces of paper and presents them face-down to Player 2. Player 2 chooses one of them and burns the other one without looking at it. The number Player 2 sees is their number.

Well it comes down to the words “chooses a large enough number N”. Player one cannot pick the number 0, partly because player 1 will know they have the smaller number.

Practically speaking though, humans are incapable of this type of exact, error-free calculations. So practically speaking Jacob’s method does solve Sam’s problem. What about for computer players? Suppose we enforce that after a specified unit of time (say a yoctosecond,

seconds) each computer announces whether or not it knows that the game is broken. It seems that if computer 1 chooses a truly enormous number (say greater than a googol bang bang bang) then there just won’t be enough time in the computers’ lifetimes to discover that the game is broken. It is pretty easy to choose an enormous number, so maybe even then Sam’s problem is practically solvable.

What do you think? Is Jacob’s method a legitimate solution to Sam’s problem, or not?

4 thoughts on “Secret Santa 3: The Paradox.”